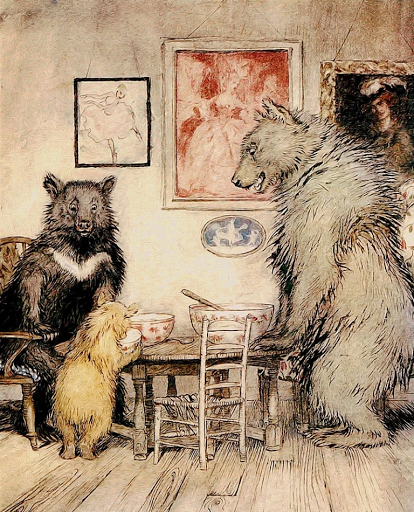 Scrapefoot Image Source:  wordpress Three bears lived in a castle in the woods A big bear, a medium bear and a small bear In the same woods, lived a fox named Scrapefoot Scrapefoot was afraid of the bears but was curious about them  One day he was near the castle and after noticing there was nobody around, he went inside He found three chairs, sat in two which were uncomfortable but the third was cozy. However, he broke it Then he came across a table with three bowls of milk. The first two bowls were gross but the third was delicious and he drank all of it Scrapefoot went upstairs and found three beds. The first two were uncomfortable but the third was just right and he fell asleep The three bears came home and noticed the chair was broken and the milk was gone They went upstairs and saw Scrapefoot One bear said to hang him, the next said to drown him, and the last bear said to throw him out of the window They threw Scrapefoot out of the window Scrapefoot managed not to have any injur
Post a Comment
Read more 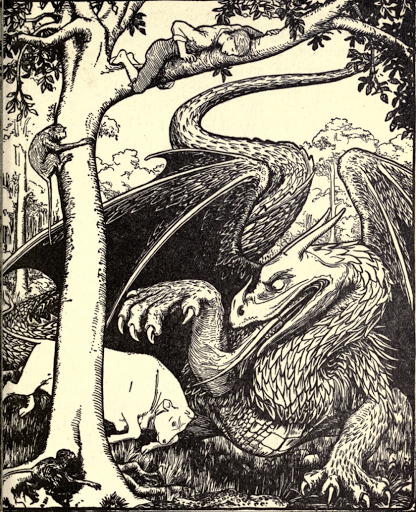 The Little Bull-Calf Many years ago, a poor boys father gave him a bull calf. The father died and the boys mother married a mean man. The new stepfather told the boy that if he brought his calf into the house that he would kill it. The young boy and his calf left home and went far away. When he became hungry, he stopped and asked for bread and cheese. The boy shared the bread with his calf but the calf refused the cheese. The calf told the boy that he was going across the field into the wilderness to fight leopards, wolves, tigers, monkeys and a fiery dragon. He said he would kill them all but the fiery dragon would claim his life. The calf told the boy to skin him and take his bladder after he is defeated and it will kill anything he hits with it. The boy begged his calf not to do it but the calf told him to climb the tree and the cheese would save him. So, the boy climbed the tree and the monkeys followed. The boy squeezed the cheese and scared the monkey away. The boy watched as h
Post a Comment
Read more 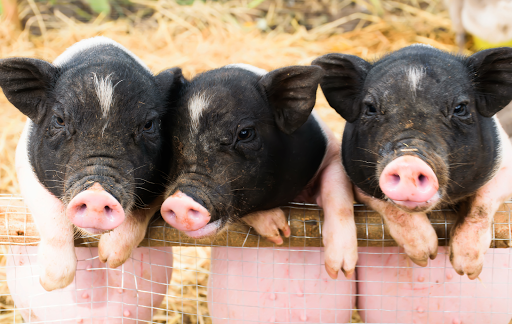 The Story of the Three Little Pigs Image Source :  ase.org.uk An old sow had three piglets but no means to take care of them She sent them off to seek fortune The first pig met a man with straw and acquired enough to build a home A wolf stopped by and asked for entry into the home The pig wouldn't allow the wolf in, so the wolf blew his house down and ate up the pig The second pig acquired furze and built a home The wolf wasn't allowed into the second pigs home, blew it down and ate him The third pig acquired bricks and built a home The wolf attempted to blow the brick home down but was unable to The wolf told the pig where to find turnips, and asked to meet  The pig left early and got turnips without the wolf The wolf figured out the pig went without him and told him where to find apples The pig left for apples without the pig.  The back and forth continued for a while Soon, the wolf threatened to eat the pig He would get down the pigs chimney  The pig put on a pot full of w
Post a Comment
Read more

Week 11 Story, The Boy and the Moon 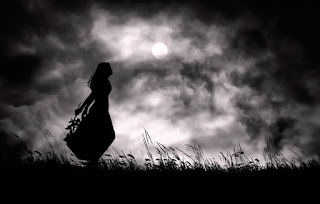 The Boy and the Moon Image Source :  goodfon Once upon a time, long, long ago, in a village hidden in the leaves, lived four brothers and a sister. Next door to the siblings, lived a young boy named Hamura. Hamura’s mother, Kaguya was very protective of her son and did not allow him to hunt or play with the other kids.  Despite Kaguya’s efforts to keep her son away from the other kids, Hamura fell in love with the girl next door.  One night, Hamura snuck out to visit the girl. They laid in the field, and gazed at the stars. They wondered what it would be like to have something light up the night sky, the same way the sun does in the day.  Kaguya noticed her son wasn’t in his room and set out to find him. When she reached the field, she was furious with what she saw. “Get away from my son!” she yelled. Kaguya grew more and more angry. Filled with rage, she chased after the kids.  Hearing the commotion, the four brothers ran to the field to see what was going on. Upon reaching the field,
Post a Comment
Read more 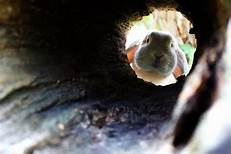 The Rabbit Goes Duck Hunting Image Source :  rabbit holes and reality A boastful rabbit claimed to do whatever anyone else could do He was able to make the other animals believe him The otter claimed he ate ducks, so the rabbit made the same claim The otter challenged the rabbit to try duck hunting While the otter was distracted, the rabbit made a noose with some peeled tree bark He dove, and swam down until he choked and tried again until he caught a duck He tied the noose around the duck and the duck flew off The rabbit tried to hold on to the noose but the rabbit could not hold on any longer and had to let go He fell into a hollow tree stump and was unable to get out After several days, he heard children playing and he began to sing The children went to get their father The father cut a hole in the tree stump after the rabbit said the man will be able to see him better After the hole was big enough, the rabbit ran off Bibliography: Author, James Mooney,  The Rabbit Goes Duck Hunti
Post a Comment
Read more 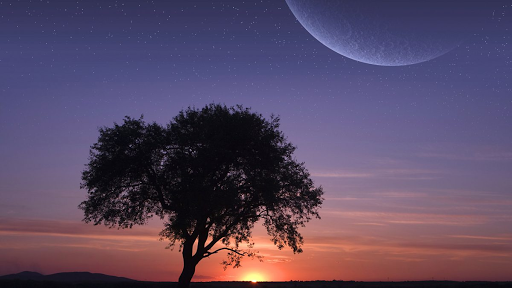 The Boy in the Moon  Image Source :  bbc Four brothers and a sister lived in a village on the great river A small boy was good friends with the sister   The brothers were hunters but the boy was lazy   The boy fell in love with the girl   One day while taking a dish, the girl saw a ladder leading up to the sky The girl climbed the ladder to the sky   The brothers began scolding the boy after seeing their sister The boy began to climb the ladder but the girl floated away, the boy followed The girl became the sun and the boy became the moon   Bibliography: Author, Katharine Berry Judson,  The Boy in the Moon
Post a Comment
Read more

Week 10, Story: The Young Girl who Married a Skull 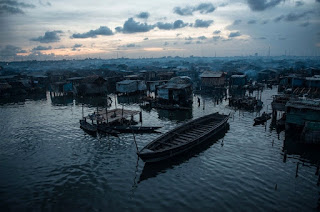 The Young Girl who Married a Skull Azubuike was a native of the Yanshiwhe village in Makoko. He had a beautiful daughter named Naija. All of the men in the neighboring villages wanted her hand in marriage because of her great beauty. However, Naija was extremely vain and wanted to marry the best-looking man with riches. Her parents tried to find a proper husband for Naija but she always refused. She disobeyed her parents and insisted on a handsome husband.  The Skull who lived in the spirit realm, heard of the beautiful Naija and wanted to possess her. He knew she would not accept him looking the way he did. So, the Skull went to his friends and borrowed different parts of their body, the best parts. From the ghost, he got a strong pair of legs, a leviathan lent him a torso, the changeling lent him a handsome head, and the last gave him muscular arms. Finally, he was a fine looking specimen.  He left the spirit realm and headed to Yanshiwhe where he saw Naija and immediately admired he
1 comment
Read more
More posts